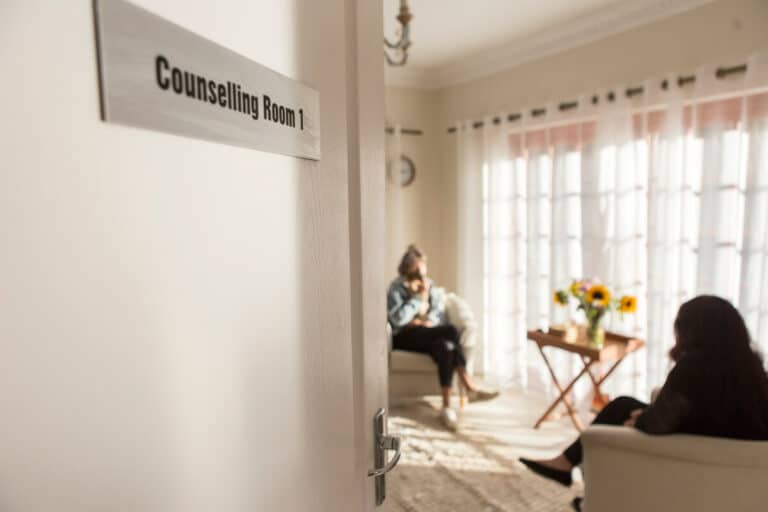 People from all walks of life and many different backgrounds seek help for addiction and alcoholism at treatment facilities such as The Cedars every day. The common thread to these experiences is simple “I can’t stop myself from using my drug of choice in spite of the damage it is doing to my life”. As addicts, we come to believe that there is something wrong with us as human beings, and the shame associated with this just makes things worse.

The truth is that there is something wrong with us, but it has nothing to do with being bad people or weak characters. At The Cedars, we use a very powerful 5-part video recorded by Psychiatrist Dr Manuel Montes MD to help understand the condition of addiction from a neurobiological point of view, and why it is now called a disease as opposed to a disorder. It is however important to note that neurobiology, or what happens to the brain physically, is only one aspect of the biopsychosocial model of addiction. The aspects of psychology, social and spiritual environment are as important in the treatment of addiction as the biological.

In the video series, Dr Montes explains very clearly how the reward circuit of the brain is in fact hijacked by addiction. This circuit uses the dopamine brain chemical or neurotransmitter to make us feel good when we do things that are important for our survival like eating, drinking water, having sex etc. Dopamine is an important regulator of mood, memory and sensations of pleasure and pain and is also involved in movement, motivation and reinforcement. Sexual orgasm is one of the highest natural or behavioural stimulants of dopamine in the brain, producing an increase of up to 200 units in a short space of time. Nicotine produces an increase of around 225 units over a longer space of time. The use of alcohol and drugs is understood to produce between 4x and 8x more dopamine in the brain’s reward centres. With ongoing use, and ultimately abuse of these substances, the body develops a new normal level for dopamine which is much higher than before requiring greater levels of dopamine to just feel normal. This new baseline level for dopamine to feel “normal” is permanent and explains why cravings persist long after the physical tolerance or addiction to the actual substances subsides.

This process also reduces the body’s natural production of dopamine which contributes to the negative effect on mood and motivation in the absence of the drug of choice. The body’s dopamine response to alcohol has been shown to be different in different peoplei and this helps to explain why some people are more susceptible to alcoholism than others. Because these reward centres are managed by the so-called “primitive brain” that is involved in survival it literally feels like we will die if we don’t use our drug of choice. This reward circuit overrides the pre-frontal cortex of the brain which is responsible for rational decision making. The getting and taking of the drug of choice become the most important driver of behaviour and life becomes unmanageable. The addict is simply no longer in control.

The net effect of this perceived struggle for survival, and the upset dopamine balance is an ongoing negative emotional state which we understand as depression and/or anxiety. The addict goes to increasingly extreme lengths to alleviate this, as he or she believes at a very deep level that their survival is at stake.

Unfortunately, the standard treatment for depression is understood now to actually make things worse for the addict or alcoholic. Doctors normally prescribe drugs in, or similar to the SSRI class (Selective Serotonin Reuptake Inhibitors) in order to increase the levels of another neurotransmitter – serotonin. Serotonin is involved in the regulation of sleep, mood, and digestion and works together with dopamine and other brain chemicals to create and modulate our behaviour. It is thought that increasing serotonin in the brain reduces anxiety and depression. However, it has been shown that increased serotonin results in decreased dopamineii which will result in more craving for the drug of choice. Dr Montes also explains that this relationship between serotonin and dopamine also affects our inhibition and leads to impulsive behaviour and an increased probability of relapse into addiction. The so-called “dual-diagnosis” of depression and addiction is complex, as depression can also be a pre-existing condition of addiction, and care needs to be taken by health care providers as to how medication is prescribed. As a result of this, The Cedars employs medical doctors with extensive addiction experience to ensure medication is managed effectively.

So what is the long term solution? In part 5 of his video series Dr Montes points to a very important aspect of long-term recovery. He says that once the addict is out of the acute phase of addiction and the cravings have quietened down, we need to: “work from within and enjoy things within yourself, not outside of yourself”. On one level, as he explains, this is about re-discovering a natural enjoyment of life through activities and hobbies – and we place great emphasis at The Cedars on this. However, we believe that discovering this “enjoyment within” is ultimately spiritual in nature. It is very likely that the reason why the 12-Step Programme has been shown to be one of, if not the most effective programmes for treating addiction and alcoholismiii is that it has a very strong spiritual component. Many addicts report not only the compulsion to drink or use lifts, but also the ongoing obsession with drugs and alcohol – because of what the programme calls a “spiritual awakening”. This is not to be confused with a religious understanding of this term. Many addicts without any religious affiliation have achieved life-long sobriety through an understanding of a power greater than themselves. It can be the force of nature, an understanding of universal consciousness, or it can indeed be a connection with the God of our understanding. It doesn’t matter, what we do know, is that it works. 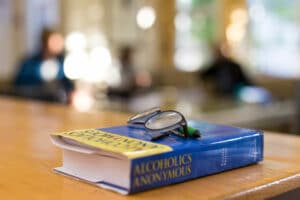 If you would like to find out more about how we integrate the 12-Step Programme as the fundamental part of our holistic treatment approach please see the Our Approach section of our website, or get in touch with one of our addiction counsellors.